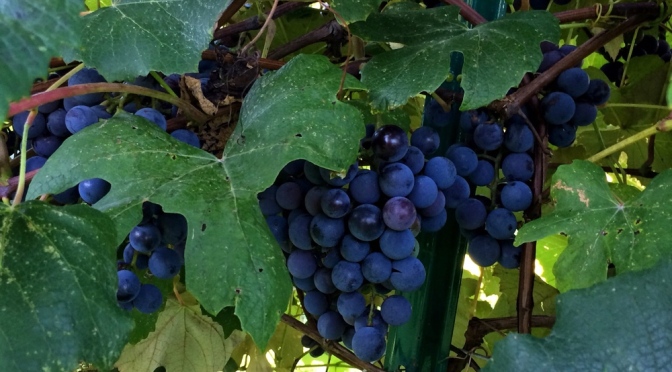 Grape rescue
When I moved in three years ago there was an ugly bush in the back. As I began to cut it down I noticed there was some wire and posts hiding in the bush. Finally I was able to see that it was the remains of a grape vine. I have four others on the property all different so I wanted to see what this one was. The first year all I did was remove the bush so it produced nothing, but I was able to find some heathy new growth over the winter so I pruned it hard and re strung the wires. The year after that it produced a small crop. The grapes were a concord but I had to leave them on until really late in the season almost to frost or the were not any good. Ended up loosing a lot to rot and fungus during the wait. I pruned it again over winter and finally had a decent vine. Last year again I go only a small crop but the grapes were good. I pruned it again this spring and I would say after three years the vines are back to good production. There are a lot of grapes and they look great I actually had to thin out this year. There are plenty for jelly and grape juice. So really I spent about 10 hours spread out over four years at my leisure to get back a forgotten grape vine. I have been bringing back apple trees and berries bushes for the last four years with varying success, and the locational massive fail, but think the grapes are my favorite.